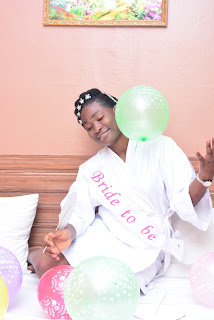 Click on Episode 7 to read.
It’s been two months since Rita started her new job. Her heart has always boomed with joy until that evening when her world crashed before her very eyes. She had rushed to the clinic on her way from work to collect the result of the test she did the previous day. She had gone to the clinic to report the persistent changes in her body system. She had been taking medication for malaria but unknown to her she was pregnant. She went to the church, laid on the altar and tried to pray but she kept on crying uncontrollably.
“Why did you allow this, I thought you had forgiven me. Why have you allowed the image of my past to hunt me forever” she lamented.
The grief in her heart was more than the grief of that unforgettable night. She couldn’t find the right words to pray. She feared the future; how would she cope with the shame? How will she take care of the child alone? How will she go back to behold the horrible face of Mr. Shola? How on earth will any man accept to marry her with a child? What will she approach her poor mother? What would her church members say? Then she remembered Sim, now she understood clearly what Sim must had gone through. Abortion is not a choice; she may just end up like Sim if she tries to do that. Why have God turned his face away this time around? She won’t leave His presence until she is awakened from this terrible dream.
*****five years later*****
God had been so marvelous, He had rewritten the stories of these wonderful ladies. They have met again for another celebration. It’s Caro’s wedding preparation; she would be walking down the aisle in the next twenty-four hours. Pearl and her husband had just arrived from Germany where they currently reside; her life has been marvelously transformed. Rita with her pretty daughter had been with Caro since the previous weekend. She have to rally round her friend at this time; though it’s not easy carrying a protruding belly around but she didn’t mind at all. She can do anything for her friends. Her husband would be arriving to join them anytime soon.
It hadn’t been easy for Caro all along, she had almost made up her mind to remain single for the rest of her life. It’s not easy to love and trust any man again after what had happened to her in the past. But God made all things beautiful in His own time. This time, it wasn’t the tall, dark and handsome man she had always dreamt of as a little girl but he is actually her real prince charming. She couldn’t have asked for anything else. She never dreamed of getting married to a Pastor but she has no regret saying yes to God’s will.
As Caro watched her friends with their husbands from a distance; tears of joy filled her eyes. Each of them have a story to tell of God’s goodness and mercy. She thanked God for the life of Rita; God had given her the strength to rise above every shame when she initially became pregnant. She has no reason to weep anymore. Although Mr. Shola died in a motor accident before the arrival of Gold (Rita’s daughter); God has helped her raise her child with so much joy and in the fear of God. She also thanked God for Pearl whose broken heart was mended by God. Pearl was the first to get married amongst the three friends; God has indeed blessed her with her heartthrob. She became pregnant three years into her marriage as she had waited on God for the fruit of the womb; that was two months ago. Caro also thanked God for her own life, where would she have been if not for the mercies of God. It’s just a matter of hours for her status to be changed to a married woman. God is indeed worthy to be praised.
The end.
Story by Christiana Okafor (nee Afeme)
April  2016
Also read;