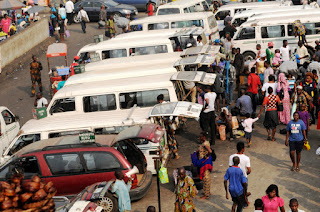 Click on Episode 1 to read.
Rita had gone very early to the motor park that Saturday. This was one place she doesn’t like visiting. Asides the noise from every corner, the motor park was filled with all kind of people. There were hawkers that early morning, the truck pushers helping passengers with their luggage, beggars parading the park as they carry-out their daily routine. Rita didn’t waste much time boarding a vehicle, she looked through the window surveying the environment once again as one saying goodbye to Warri.

Rita arrived Abuja safely that same evening; it was a long journey indeed. Pearl and Caro welcomed their friend with so much joy. The self-contained apartment was also welcoming to Rita. The three friends chatted far into the night so much that Rita seemed to have forgotten how tired she was. The three friends started staying together once again. Pearl and Caro had always thought of how to help Rita secure a good job. “Thank God Rita agreed to come stay with us” Caro said to Pearl the night she got a call from Rita affirming that. Caro was lucky to have been retained by the insurance company she served with during her National Youth Service Corps (NYSC) Program; it was indeed a favor from God. God also blessed Pearl with a lecturing job four months ago in college of education, Zuba.

Days turned to weeks and weeks turned to months. It’s been three months since Rita arrived Abuja. She had submitted her Résumé in different schools and companies, and had also attended some interviews. Yet, she hasn’t been offered a job since she came. Her friends had always stood by her, praying with her and praying for her. “What wrong have i done” she always wondered. It’s true she wasn’t so fervent on campus, though Pearl never stopped making sure she grew spiritually then. Thank God for Mrs. Joy who had taken time to work on Rita during her service year, no wonder Rita has become a vibrant Christian and is still waxing stronger in her relationship with God. Could God be testing her faith?

The streets of Zuba was busy as usual that evening; the Almajiris’ were scattered about with their dirty plates complimenting their body which was covered with the harmattan dust; the logistic buses and lorries on their way from Zuba fruit market could be mistaken to be in a racing competition; imaginary quarrels between the truck pushers and pedestrians can be visibly seen. Pearl was in isolation amidst all the commotions and dramas around. She was just coming from ‘delight-some park’ heart broken. She tried very hard to fight back the tears which has now blurred her vision, some few seconds more and she would betray her emotions. She scratched her eyes with her palms in pretense of one trying to remove some particles from her eyes but it was in a bid to hide her tears.

About an hour ago, she was sitting with Elijah at the eatery. They were both having a glass of juice and some snacks. She was tensed because of the answer and confession she had to make to him. Elijah was also tensed but for a different reason, he knew Pearl invited him to give him the answer to his proposal which he made two weeks earlier. ‘What if Pearl says NO?’ he feared. Elijah and Pearl were not strangers as they had been friends for a long time. He is the choir master of their local church while she is a part leader in the choir, so they often worked together. Pearl is deeply convinced that Elijah is the man God is leading her to spend the rest of her life with, but she worried about how he would relay the story of her past life. Left to her, she would have hidden it for a moment but her pastor and elder sister had advised her to open up to Elijah about it. It won’t be fair on her part to hide it from him. She had told her friends about it, they had supported and prayed with her. Now is the time to throw the bombshell.

Tears flowed freely down her cheek as she remembered the incident that happened less than an hour ago. She didn’t care anymore if any one saw her tears. The whole scenario looked like a dream, she bite her lips hard to awaken herself into reality. But reality it was. Her past mistake has showed up in her present life and thrown her into a mess. How she wished she wasn’t Pearl, she so badly wished to be someone else at the moment. What will she do now? Who would she run to? How would she gather the broken pieces of her heart again?

Please share this,
previousBachelorettes (Episode 1)
nextSurely, the Lord’s anointed is before Him